News| 10 November 2015 | Dusan Rodina - softwareideas.net
The full release notes to version 9 are the longest of any previous version. There is more than 170 changes from version 8.56, which include new features, improvements and bug fixes.

After several months there is a new version. It brings a lot of great improvements. The full release notes to version 9 are the longest of any previous version. There is more than 170 changes from version 8.56, which include new features, improvements and bug fixes. Also a lot of internal work was made. Some parts of code were completely reorganized. But the most important thing for you – users of Software Ideas Modeler – is the overall result: the application, which helps you to design the software easier. I hope the new version fulfills this goal better than the previous ones.

The biggest new feature of version 9 is support of change tracking. Program can store two versions of each element – the original one and the changed one. Each element can be in one of change tracking states – unchanged, changed, added, removed. There is an option which allows you to highlight the changes in a diagram. Changed elements are marked with yellow border, added elements uses green highlight and removed ones have red border.

Models were renamed to Folders in the version 9. Model Overview becomes Folder overview, but it is not only change. Folder Overview was divided to three tabs: Diagrams, Repository Elements and All Used Elements. First tag has the original function – it shows the thumbnails of contained diagrams. The second tab contains all elements which are included in the folder. The third tab contains all elements used on diagrams in the folder. 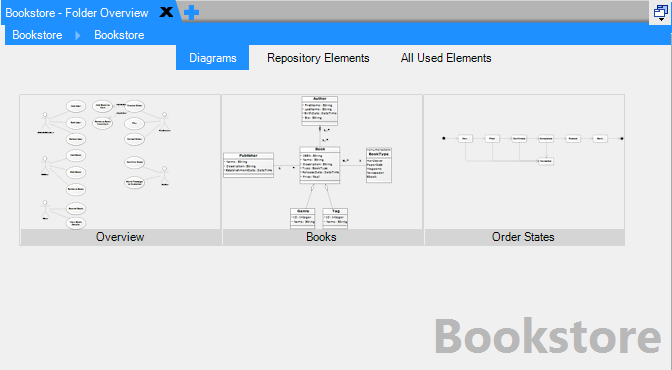 Navigation bar shows the full path to a current diagram. As suggest the name of the bar, you can not only view the current path, you can also navigate to parent folders of diagram or to other diagrams inside a folder.

Another improvement (asked for a long time) is vertical resizing of panes. Now you can set your own heights of panes. 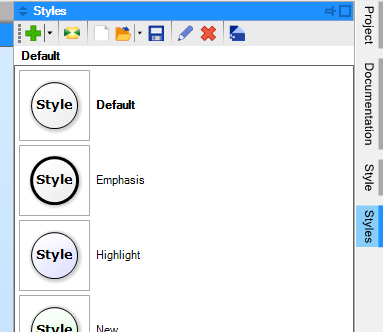 A lot of improvements was introduced to the diagram editor. There is a new grip for moving, the rotation grip has new more self-explaining visual. The selection inside containers is easier. If a container element (e.g. Package) is empty it is handled in same way as other elements – default action is moving. If a container contains nested elements, the default action becomes selection and the container can be moved using the Moving grip.

If you want to select a parent container of a selected element using keyboard, just press ESC key.

Use Case Editor was considerably improved. The use cases supports formatted text in various fields and also in flow events. You can add a dynamic link from one use case or its flow event to another. The flow events support many types of numbering.

In previous versions, a label has a default anchor which cannot be changed. From this version, you can set the anchor when you right click on a label. Label can be anchored to diagram, start or end element, to start, middle or end point of relationship line, to left, right, top or bottom border of element. 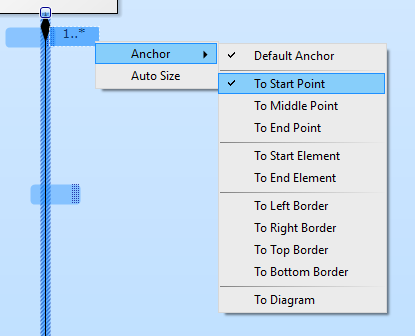 Very interesting feature was added also to the E-R diagram. You can fill data to some entities. It is especially useful for enumerations, codebooks or an entity which data is part of model. This data can be included to the generated scripts as a series of INSERT scripts. The entity data supports change tracking too – so you can generate a change script for it.

Database Import got a lot of improvements. You can import elements from different schemas to separate diagrams. A schema is stored as a namespace from this version. Formerly, the database import supported only import of new tables. Now, it is possible to update existing elements and delete elements, which are not anymore part of a database.

New Database Import gives you full control about imported stuff. You can choose whether you want to create a diagram or only add elements to a model repository. New elements can be added to an existing diagram or to a new diagram. 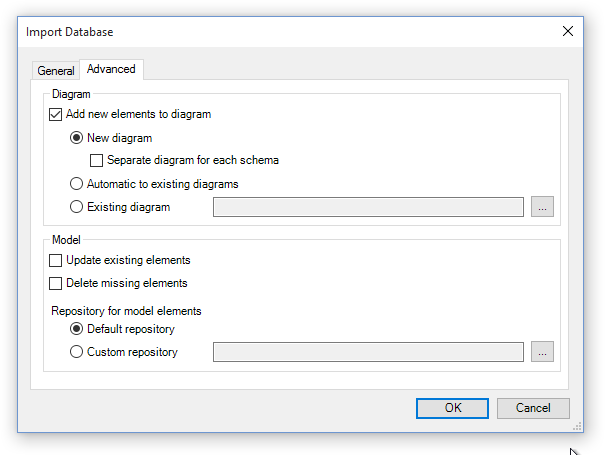 Source Code Import dialog offers more options from this version. First change you will surely notice is hierarchical structure of imported classes instead of a plain list in choice panel. New buttons Select All, None, Invert allows you to easily change the selection of multiple items.

The new imports can generate except from classes also packages from imported namespaces/packages. 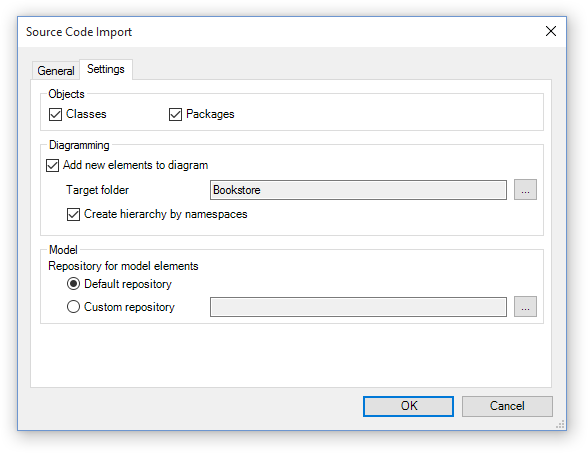 Dynamic links are supported not only by use cases. You can add the links to any documentation. 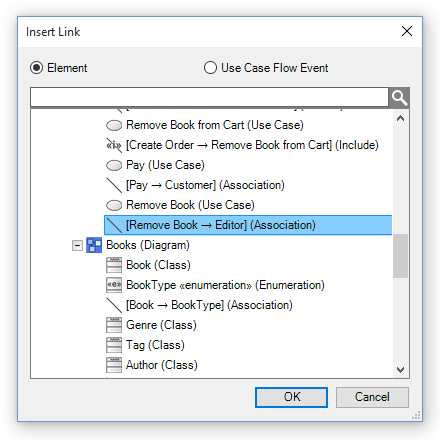 Now you can insert formatted texts to your diagrams. There is also a special menu Text, which helps you with formatting the text. It offers an access to the Text and Paragraph formatting options. It allows you to insert a table, an image or a link. You can change part of a text to the bullet or numbered list. 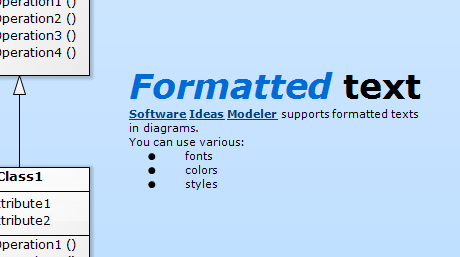 Sometimes the lines in diagram intersect and it can be confusing for diagram readers. This issue can solve adding small arcs on intersections. If you don't like this feature, you can disable it in application settings.

When you scroll the diagram in the new version of Software Ideas Modeler, it will look smoother. Instead of one step, there is an animation. Navigation to an element got the same effect. If you like the original behavior, you have the option to turn the smooth scrolling off.

Version 9 brings much more improvements than the ones mentioned above. The full list of changes is included below.