Help|Tutorials|UML|Diagramming| 24 January 2022 | Dusan Rodina - softwareideas.net
The loop in the activity or algorithm can be depicted in various ways using a UML Activity Diagram.

You can model the loop using the UML Loop Node. The Loop node consists of 3 partitions (activity regions) that contain various parts of the loop: 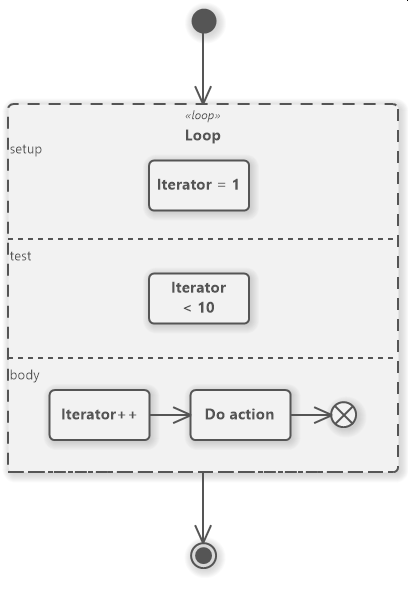 The example diagram shows a simple loop that iterates from 1 to 10 and repeats an action called 'Do action'.

The loop can also be depicted using a simple flow with actions and a decision node.