Help|Tutorials|Diagrams| 15 May 2020 | Dusan Rodina - softwareideas.net
A user stories diagram is the easiest way how to capture and define user requirements. The user stories may be organized within hierarchies and periods (called sprints). The epics represent the top level of the user story hierarchy. The requirements are organized in the form of statements - As ... I can ... so that ...

What Is a User Story? Who What Why...

A user story is a sentence with the following structure:

Except that Software Ideas Modeler offers other attributes for each user story:

You may edit the properties in the diagram editor or the dedicated Properties tab. 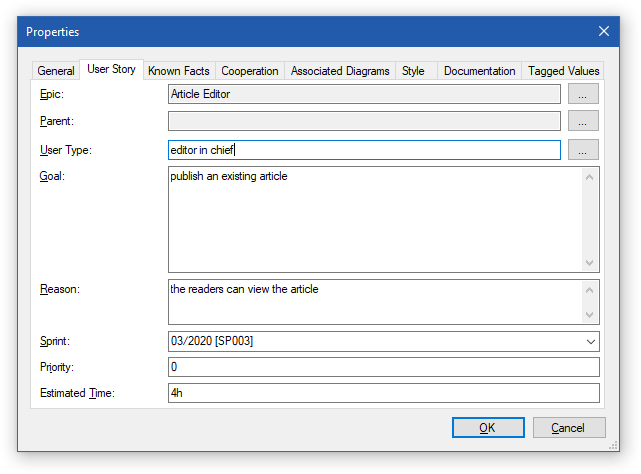 You can add the new user stories in two ways: 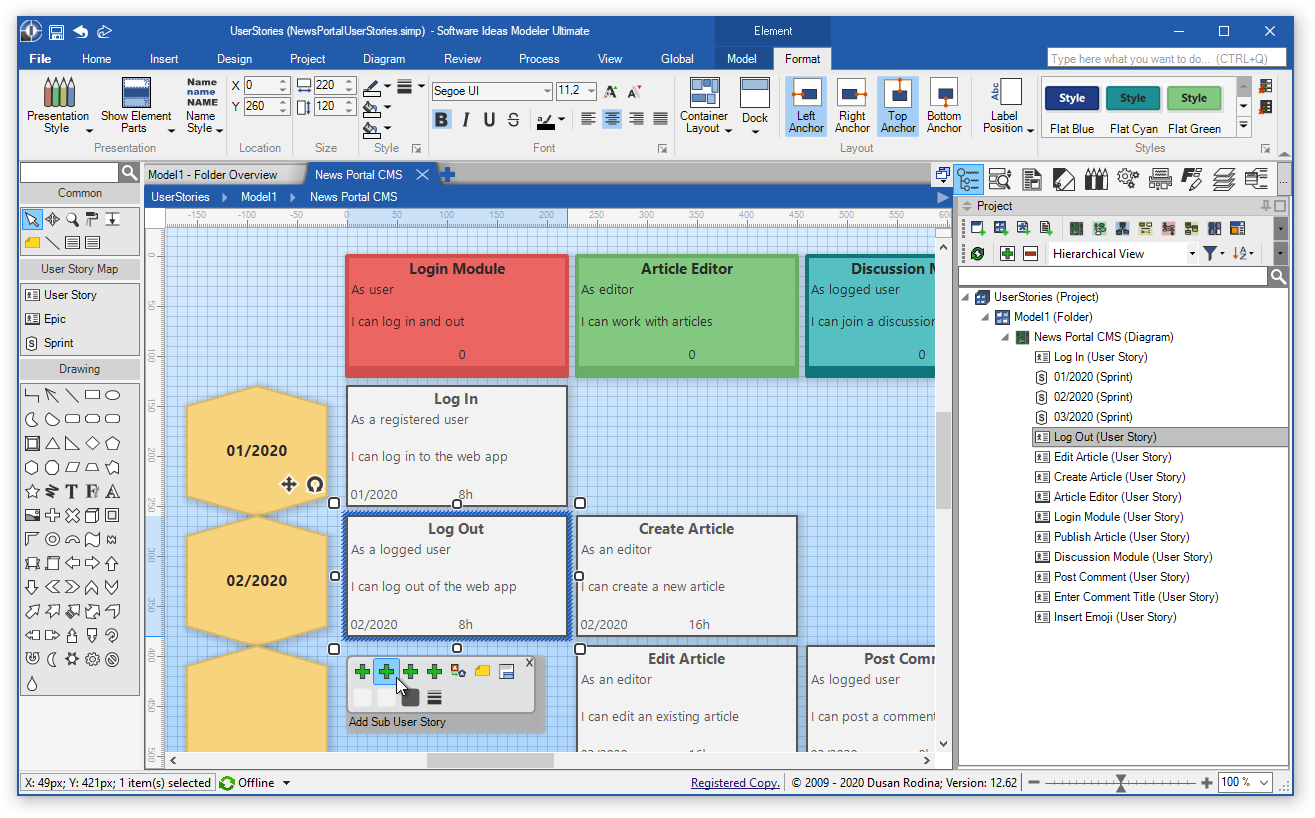 The context bar of a user story provides the following actions:

If you do not like this auto layout, you can turn it off. Right-click on an empty space on the diagram canvas and choose "Diagram properties..." from the context menu. Then switch to the Style tab, uncheck the Auto layout checkbox and confirm the dialog with the OK button. 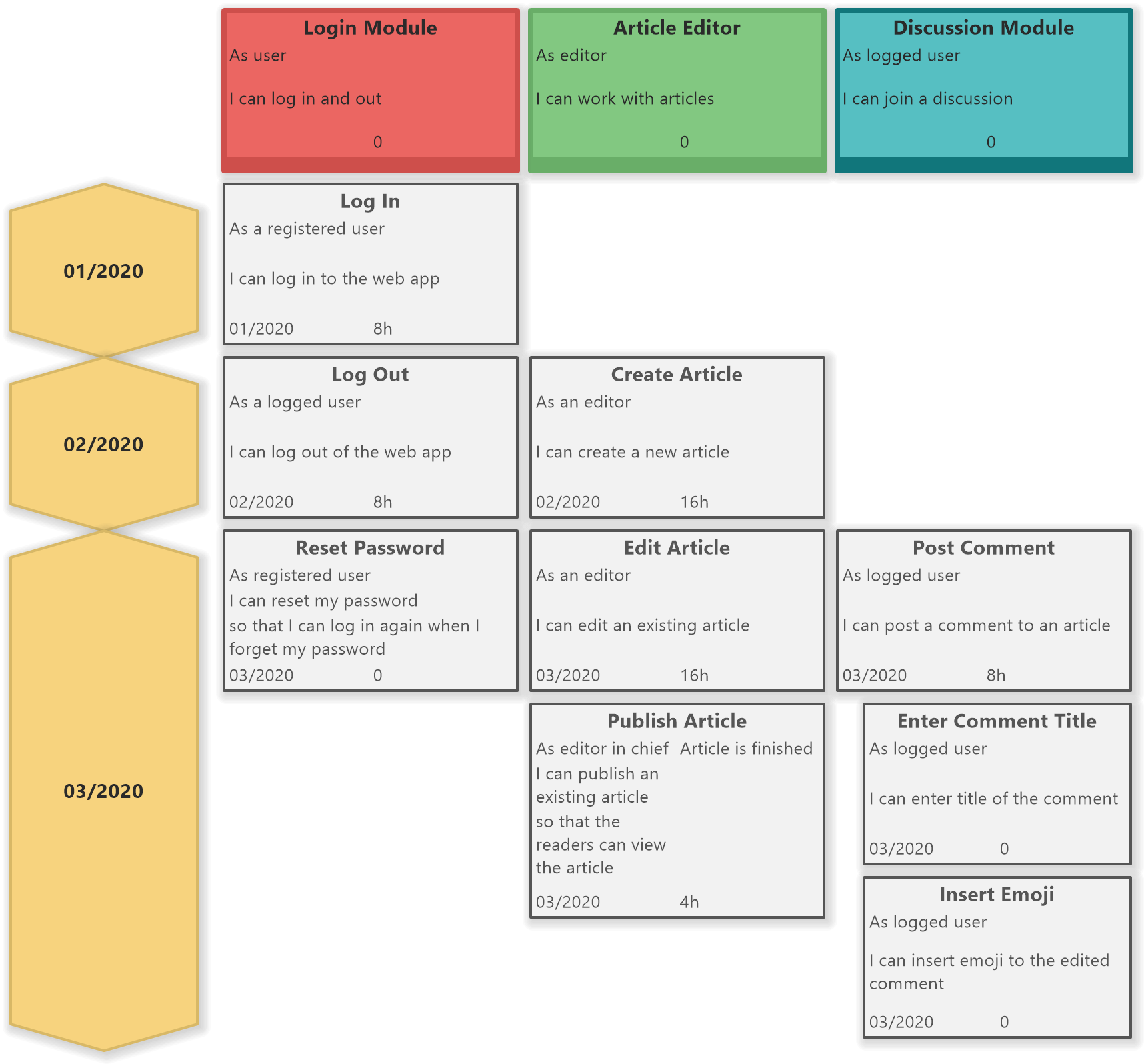 If you are new here, you can proceed with downloading our software for user stories: