Help|Tutorials|Diagrams| 11 May 2022 | Dusan Rodina - softwareideas.net
Screen Flow Diagram allows you to connect your wireframes into a flow with branches according to the user's interactions.

Each flow may be limited by a condition.

You can further specify which buttons are used during the mouse interaction:

The flow also includes Referenced Element field that allows you to specify which element is used in user interaction - e.g. which button in the window was clicked.

You can further specify which key or combination of keys is used in this user interaction. The shortcut key can be set using the Shortcut Key Definition parameter. Examples of possible values: X, Enter, Ctrl + V. 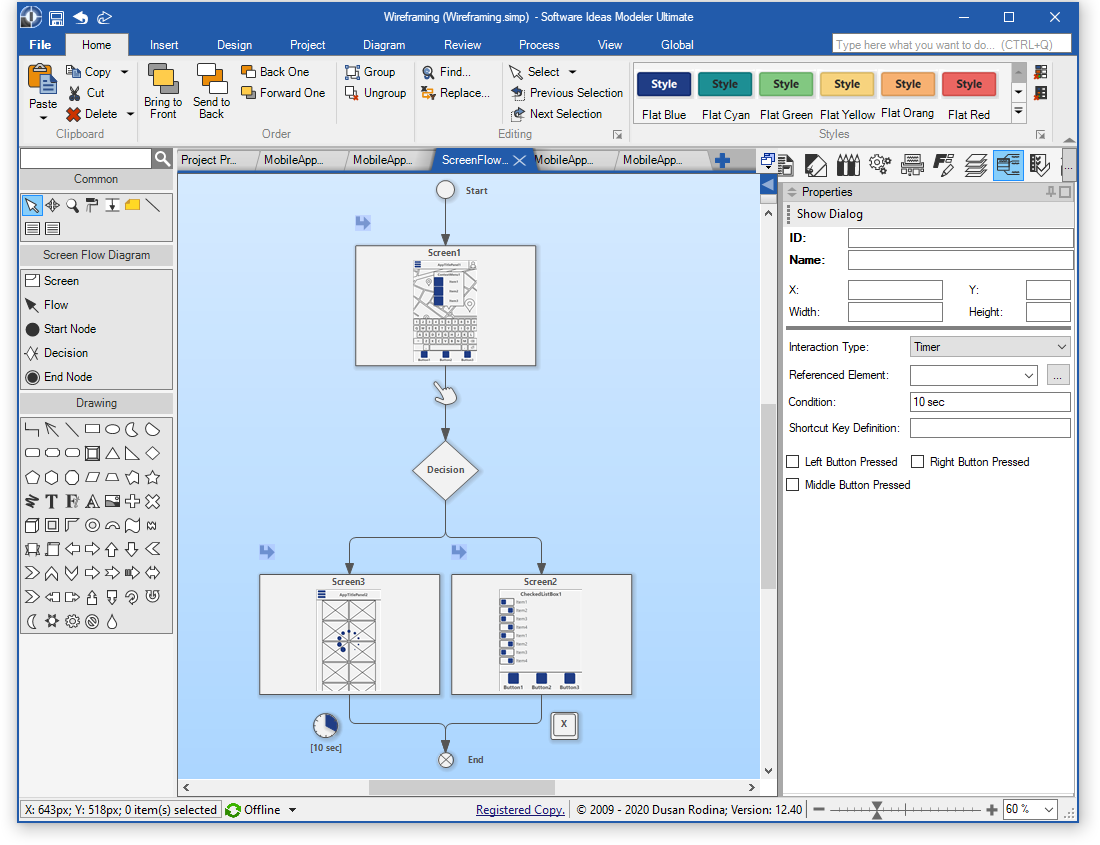