Diagrams|UML| 3 June 2014 12:38:42 Dusan Rodina - softwareideas.net
Use case diagram consists of use cases, actors and relationships among them. It presents a user interaction with the system and defines the specifications of use cases.

Software Ideas Modeler offers tools for following elements of a use case diagram:

An actor represents a role in a system. It is not a specific user or person. It can be a human role, an external system or an application.

An use case represents functionality of an analyzed system, it captures a requirement. It defines interaction between a role (actor) and a system. It specifies actions which lead to achieving a goal.

Use case has these parameters:

The arrow of this relationship points from an extending use case to an extended use case. 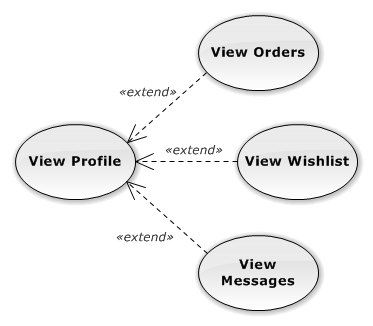 The arrow of this relationship points from an including use case to an included use case. 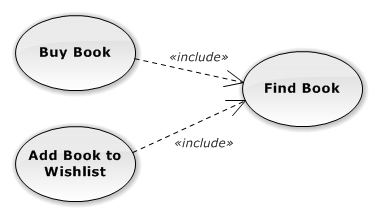 System boundary is a rectangular area which helps you to divide use cases into visual groups.