Diagrams|UML| 30 April 2014 | Dusan Rodina - softwareideas.net
UML Package Diagram shows dependencies between the packages in the model. It depicts the structure and organization of project in the large scale. 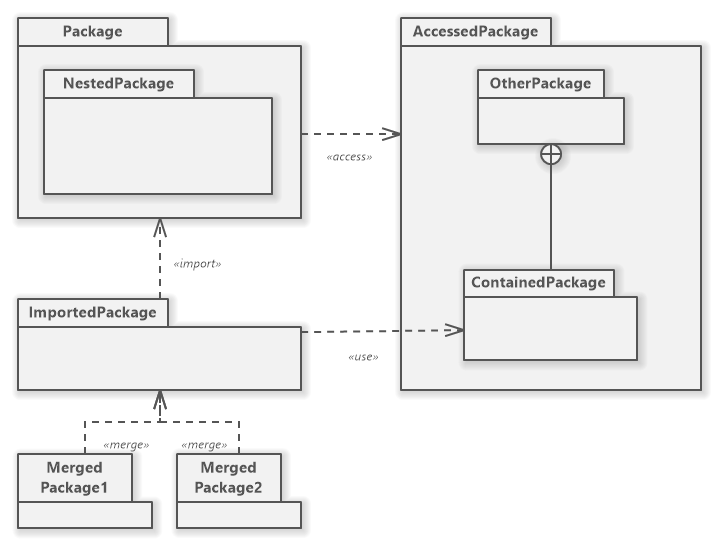 The package element is a group of elements, which defines their namespace.

The Use relationship shows which package is publicly used by a package. It is used for depicting the usage of interfaces.

The Access relationship shows which package is accessed by a package. It expresses private usage.