Diagrams| 6 July 2020 | Dusan Rodina - softwareideas.net
A flowchart is a diagram that depicts a workflow, process, or algorithm. It may be used to show a succession of steps on how to solve a task. This article lists all supported flowchart symbols.

What is a Flowchart?

A flowchart is an easy-to-grasp type of diagram. It easy to draw and well understandable by people who see it for the first time. It describes a workflow, process, or algorithm. It shows how to solve a task step by step. It defines a start node and one or more end nodes you can reach through a succession of actions and decisions. Flowcharts may be used for further clarification of textual descriptions.

The picture is better than thousands of words - this example shows what does a flow chart look like: 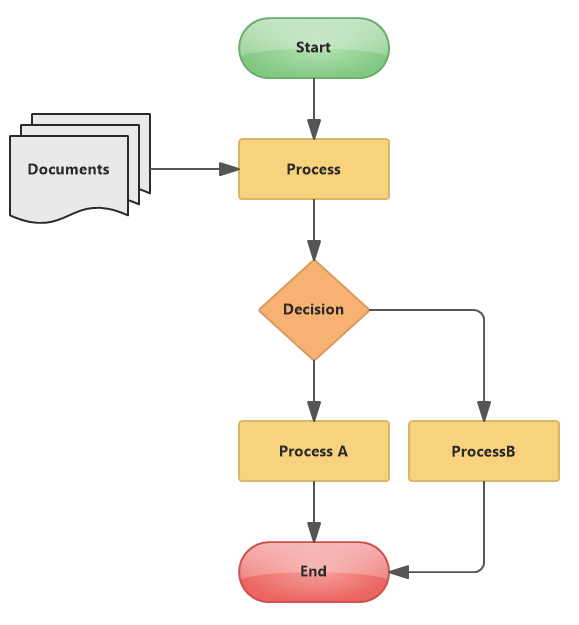 Example of a flowchart

What Are the Uses of Flowchart Diagrams?

Flowcharts are useful for various purposes:

What Can Be Modeled using Flowcharts?

A flowchart can describe:

How to Draw a Flowchart?

You can sketch a flowchart using a pen or pencil on a piece of paper. However, if you are at your computer, it is easier to use a proper flowchart tool to draw a flowchart. It is faster, easier, and more styling. Then you can print or export your flowchart to an image format. You can also insert it into another text document.

Software Ideas Modeler supports all flowchart symbols. You may ask what is the correct symbol for a particular element in a flowchart - this overview picture gives you a quick answer: 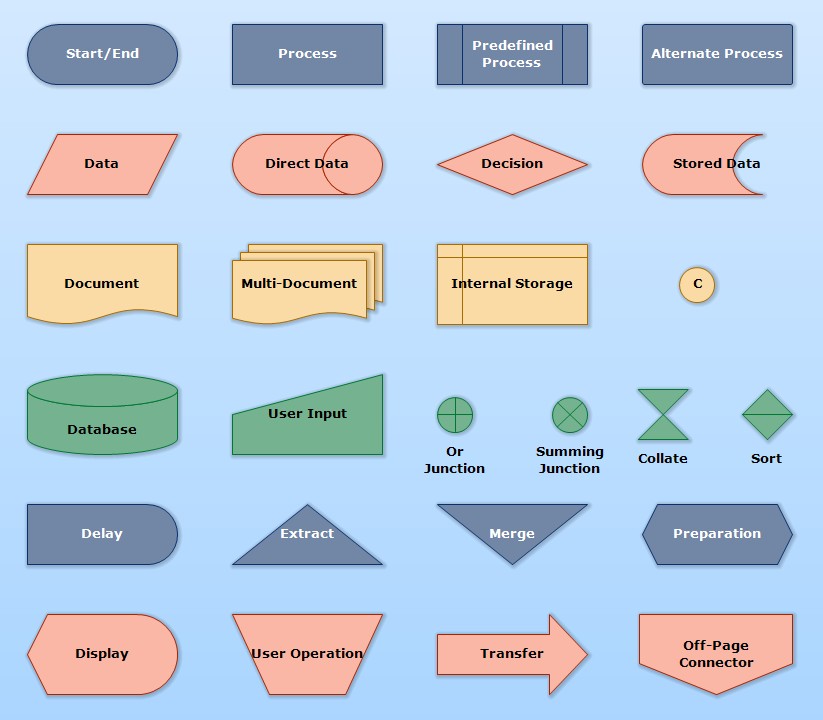